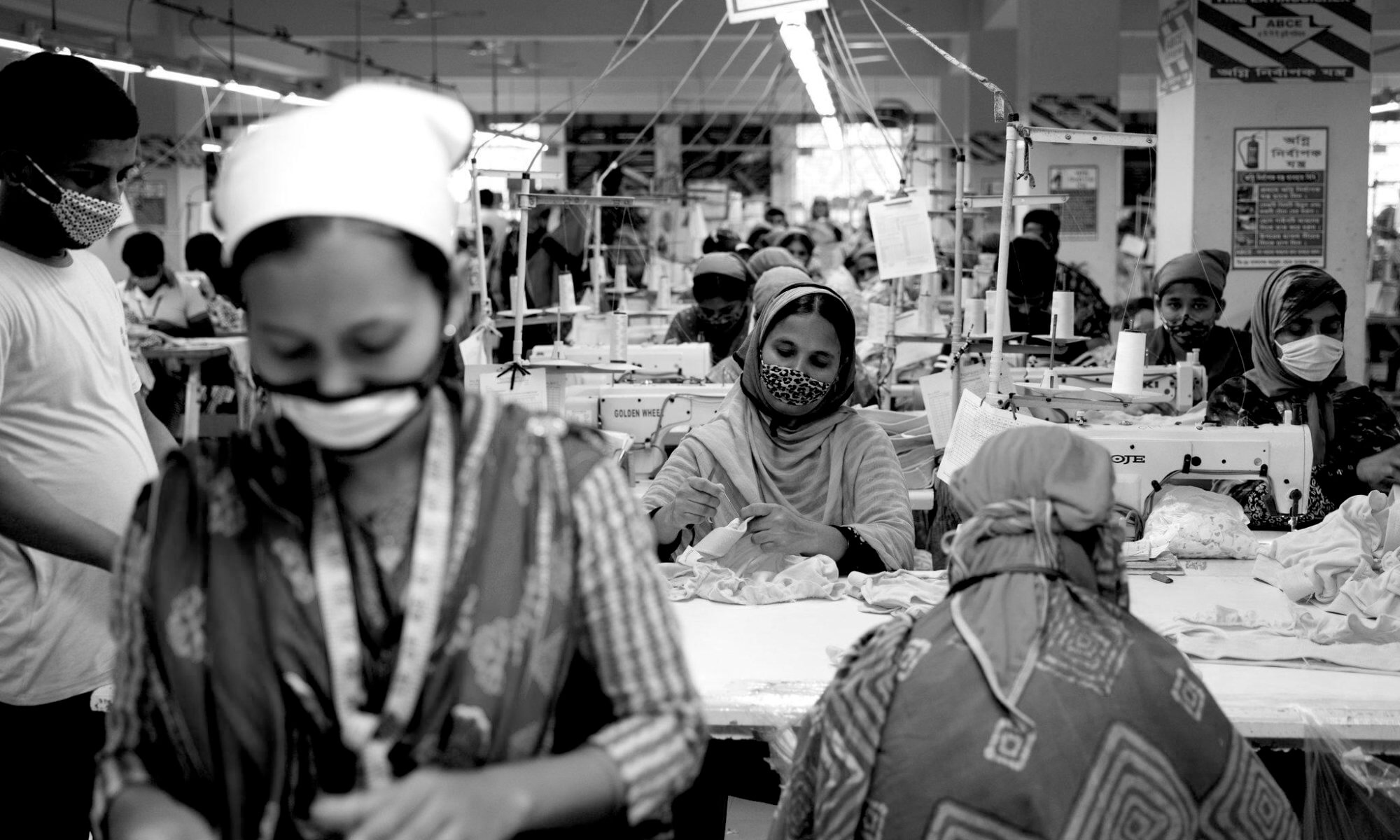 Each week, we read about a new high-street casualty. It’s currently the turn of fast fashion retailer, New Look, who has reported an annual loss of £235M. But even as high-street crashes pile up and consumers wise up, landfill sites aren’t getting any smaller.

The truth is, the system is broken and achieving sustainability in fashion will only be possible when both the industry and consumers turn over a new leaf.

The Take Make and Waste Model

Fast fashion by its very nature runs on indulgence and, unfortunately, the majority of large fashion companies are still working on a take, make and waste model.

At the beginning of each season, designers analyse the catwalk and frantically create versions of what they see in the hope of making it faster than their competitors and make a high margin. Suppliers as far away as Hong Kong, Singapore and Nepal also mirror this activity in the hope of a big order.

This leads to a scattergun scenario where an excessive number of products are produced. For instance, if a high street collection requires three blouse styles, the in-house team develops designs and styles, and so do suppliers in parallel.  In my experience of working with retail brands, there could be ten times as many designs developed for every one that ends up in the collection. Prototypes are developed and discarded, wasting many hours of time and other resources. Where do those samples end up? In landfill sites along with the other 235 million items bought each season in the UK  alone and discarded  According to the Guardian, three-quarters of consumers throw away rather than recycle or donate unwanted clothes.

A 2017 Textiles Report by the Ellen Macarthur Foundation estimates that “more than half of fast fashion produced is disposed of in under a year”.

The outdated process of buying based on past season analysis is unreliable, but retailers plod on as the development waste crisis peaks and profits plummet. The only winners are those that can harness the power of data analytics.

As fewer and fewer products sell at full price, retailers race to retain margin by using cheaper fabrics and squeezing suppliers. This tactic is obvious and turns buyers off. Even charity shops are reporting that the quality is so bad that the clothes are becoming unfit for purpose. It’s a downward spiral.

April marked the 5th anniversary of the Rana Plaza factory disaster in Bangladesh. The factory, which produced clothes for Primark had been deemed unsafe and had cracks in the wall, but the workers were encouraged to continue working as usual. The building collapsed, and 1,134 people died sparking global outrage.

If we are to make any real progress, we need to re-wire our buying habits. While it’s true that we are becoming increasingly wary of where our purchases come from, most of us are still incredibly wasteful.

The 2017 Textiles Report suggests that “Increasing the number of times clothes are worn could be the most powerful way to capture value, reduce pressure on resources, and decrease negative impacts. If the number of times a garment is worn were doubled on average, GHG emissions would be 44% lower.”

Buying less and buying better is the clear solution, but this depends on a new textiles economy in which high-quality, affordable textiles are championed and clothing design and recycling processes align.

When it comes to wasting money, time and resources, the high fashion industry is guilty as charged, too. I’ve worked on catwalk shows in Milan and witnessed entire collections being transformed 24 hours before the show. We’re talking rails upon rails of perfectly good clothes altered, hidden and eventually discarded, never to see the light of day.

In the headquarters of these design houses, you’ll come across cupboards that swell with the weight of discarded leatherwork, expensive accessories and luxe fabrics ready for the bin, simply because the designer changed their mind at the last minute.

As a designer myself, I understand the drive for perfection, but the level of waste that goes on in the development process is indulgent beyond belief. As we look to the future of sustainable, ecological fabrics, we first need to tackle the wasteful energy and resources that underpin a broken system.

For this issue to be solved, designers need to have more confidence and intent backed up by a clear, scalable strategy. The recent shows at Pitti Uomo and its focus on sustainability show that finally, the message is cutting through. We must look for solutions.

Let’s do away with rooms full of expensive, unused textiles. Let’s stop developing ten pairs of chinos for the sake of one. Let’s make the process and system sustainable. Let’s focus on what we believe in and do it with integrity.

Read more about sustainability in the fashion industry in my best-seller, The Fashion Switch.